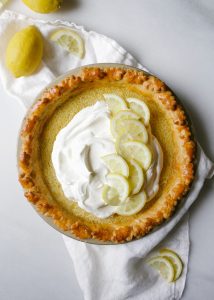 How’s that post-Thanksgiving hangover treating you? Have you exhausted your drawstring pants and oversized tees? Have you polished off your final few turkey sandwiches and leftover slices of pie? 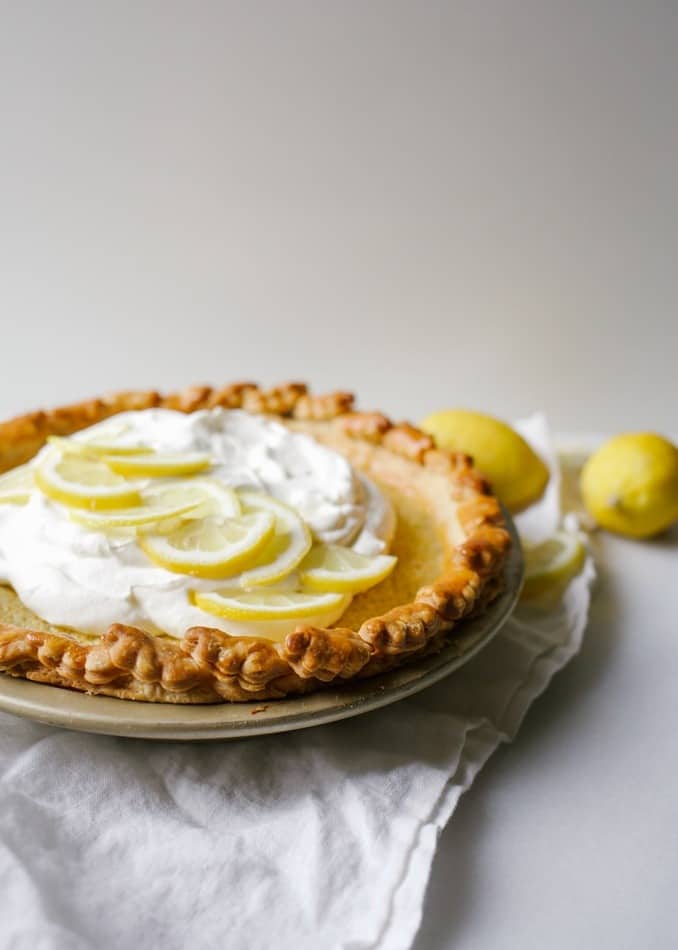 With our move-in date looming just around the corner, we opted to stay close by for Thanksgiving to celebrate with Brett’s family. I’m obsessed with the cornbread dressing and bacon-y green beans that this Southern Thanksgiving provided me, but I missed the things that really make it feel like the holidays. I miss my grandparents scurrying around the kitchen and nibbling on trays of olives with my Mom. I even miss passing around that carrot salad that absolutely no one eats. It’s funny how much things like that, the atmosphere and the faces and the flavors that you grow up with, shape your idea of what a holiday or gathering should look like. I think the absence of those things deepens my love and appreciation for the people who created those moments for me. 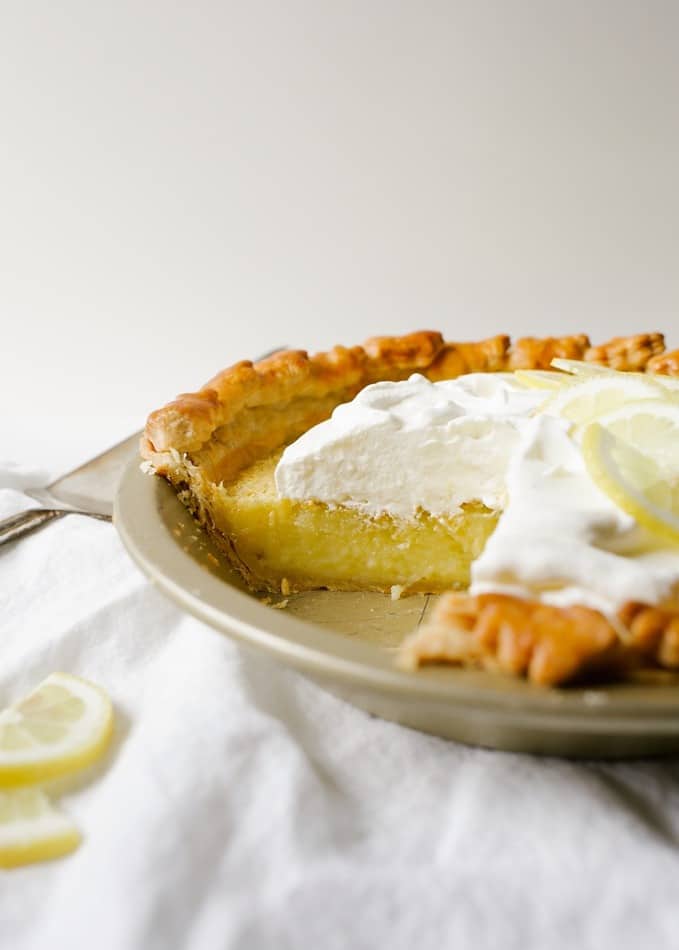 With Thanksgiving behind us, its easy to want to dive right in to the Christmas cookies and pound cakes and peppermint-flavored everything that comes with December, but in an effort to transition gracefully from turkeys to Christmas trees, I have a delicious and elegant pie that is perfectly appropriate for this limbo time of year. This lemon olive oil pie, a spin on a Southern lemon chess pie, is fragrant and flavorful, a treat that is as tasty as it is beautiful.

I’m sharing this recipe today in partnership with my friends at Lucini Italia. You might recall the cheesy rolls I served alongside their sauce a few weeks ago, but did you know that they also make premium olive oils as well? This lemon olive oil pie is the perfect showcase for quality oil, as the flavor and smells of it come through in a really unique way. 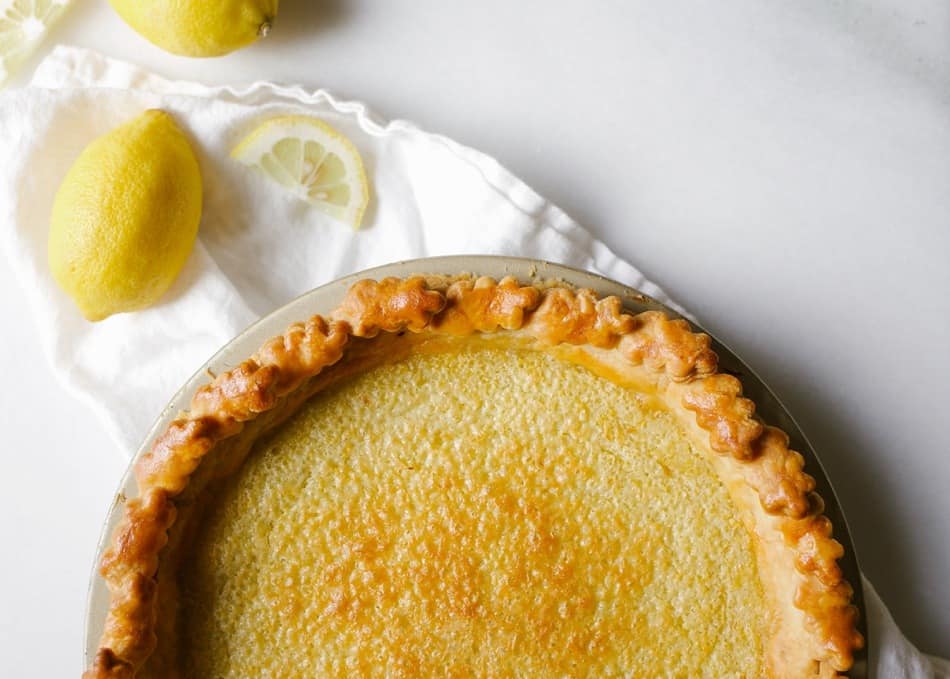 How to Make an Olive Oil Pie

First, we have an olive oil pie crust. Adapted from my trusty, no-fail crust, this pie dough has the addition of olive oil to it! Although it does just barely change the texture of the crust, it provides a subtle whiff of that olive oil flavor that is interesting and super tasty to eat. The filling here, similar to the chocolate chess pie I shared this time last year, is scented with lemon zest and utilizes olive oil in place of the butter. The texture of this filling is really very similar to any normal chess pie, but again, the flavor of the olive oil meshes perfectly with the tangy citrus. It’s really lovely. 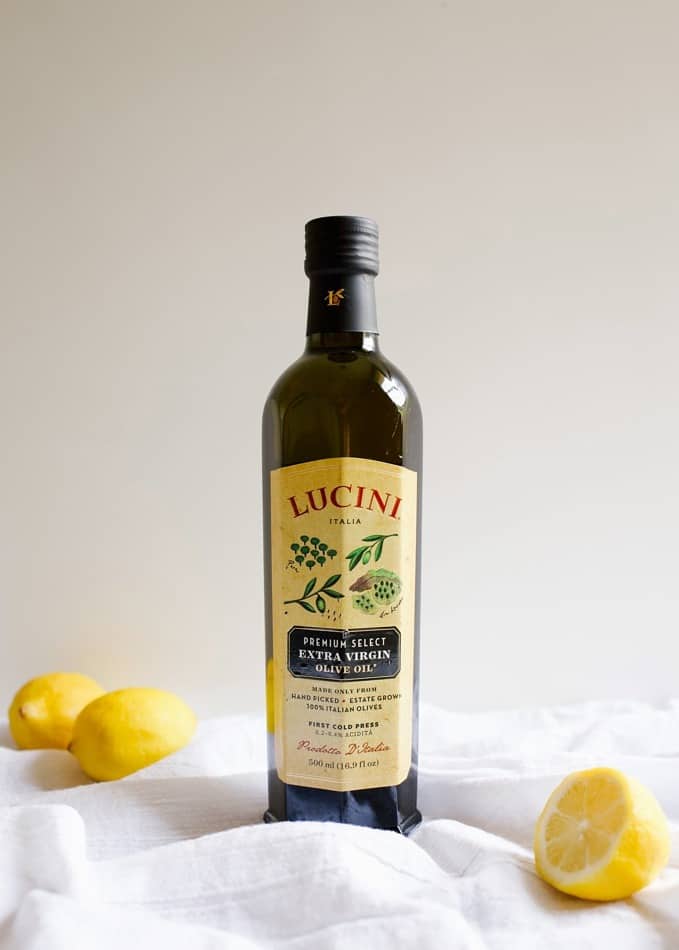 The key here really is the olive oil. The flavor is extremely subtle, but oil that doesn’t have a definitively delicious flavor will make the pie taste greasy. Gross, right? Lucini is a brand I trust to provide quality olive oil for a variety of my baking and cooking needs; it especially shines in this pie. If you’re on the hunt for a favorite olive oil, I would highly suggest giving Lucini a try. 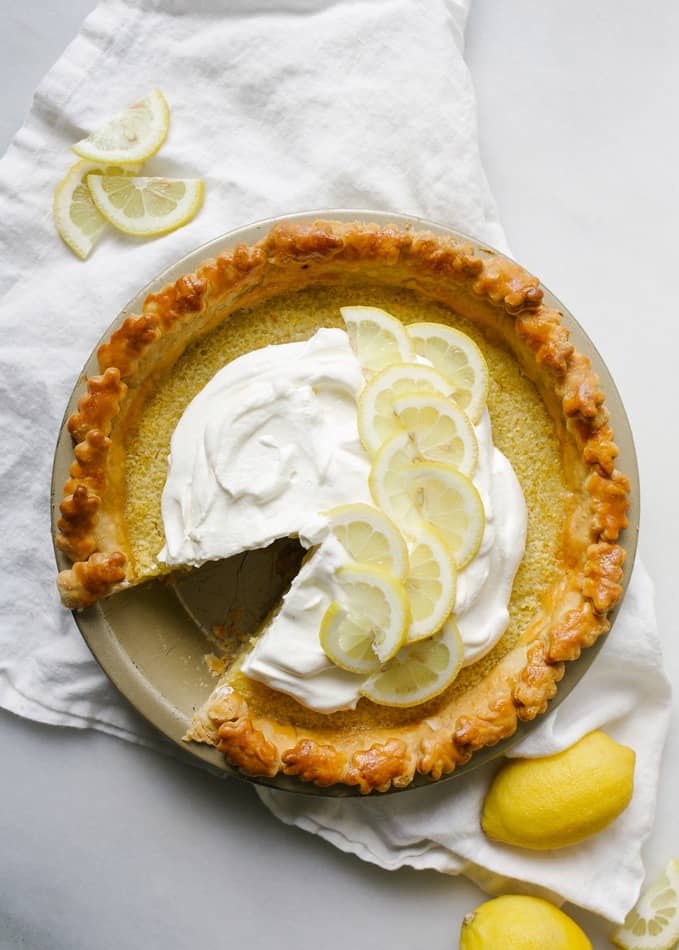 I like to finish this lemon olive oil pie with freshly whipped cream. This is totally optional, but I think it adds a nice finishing touch to an already fab pie. Although I lean on pies during holidays, this pie would be perfectly delicious in the spring or summer as well. It’s bright, fresh, and flavorful while still maintaining it’s status as an indulgent, rich dessert. 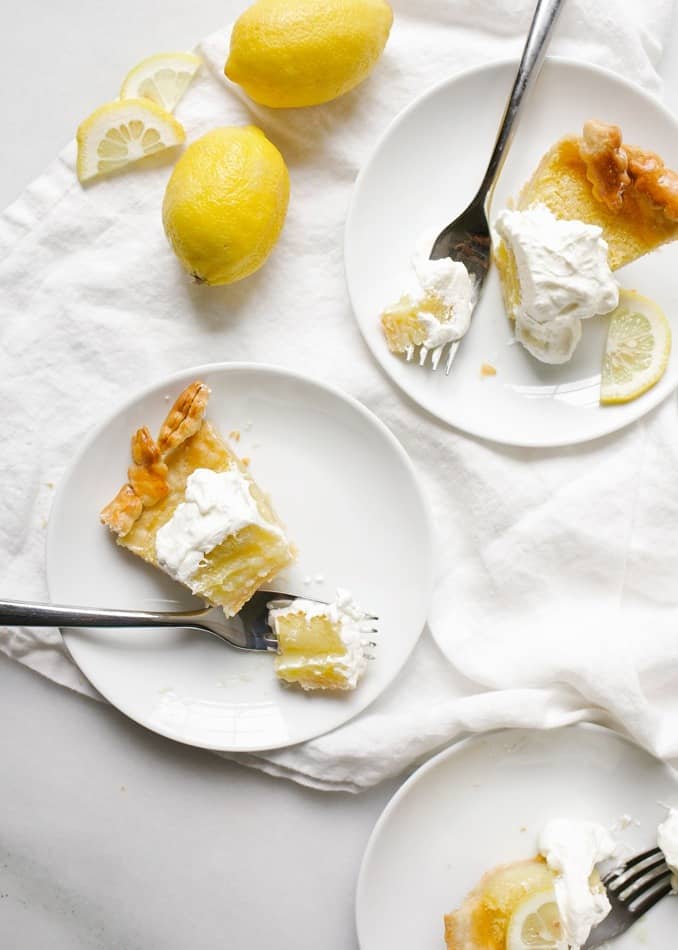 Happy pie making to you all! I hope you’ll give this pie a try in the coming weeks! 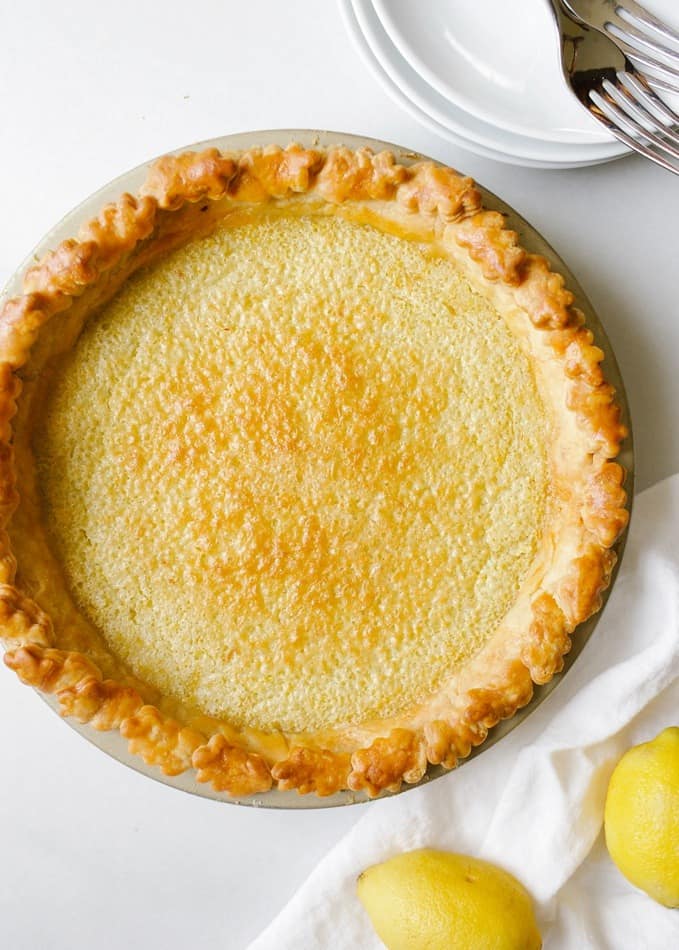 This post is sponsored by Lucini Italia. Thank you for supporting brands that make Wood and Spoon possible.

If you like this lemon olive oil pie you should try:

This lemon olive oil pie is a tangy and refreshing take on a Southern chess pie. Topped with whipped cream and flavored with quality Lucini olive oil, this is a delicious pie perfect all year round.

For the whipped cream:

To prepare the pie crust:

To prepare the whipped cream: 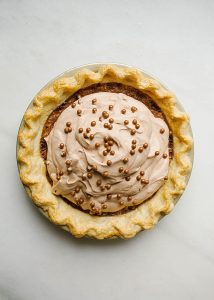 With Thanksgiving just around the corner, I figured y’all might need a sure thing. A dessert that is rich enough, easy enough, pretty enough, and able to feed enough mouths at your dinner soirees. A dessert whose plate gets cleaned and leaves party guests licking their forks and asking, “Who brought that?” This chocolate chess pies is most certainly a sure thing and I can’t wait to tell you all about it!

I’m guessing that a lot of you are puzzled about chess pies right now, and I’d bank that most of the confused folks reside somewhere north of the Mason-Dixon Line. Prior to moving to the South, I didn’t have a clue either. Ten years in Birmingham wasn’t long enough for me to dig up the deep Southern roots of chess pies, but upon marrying into my husband’s Alabama family I learned quickly that chess pies are king. 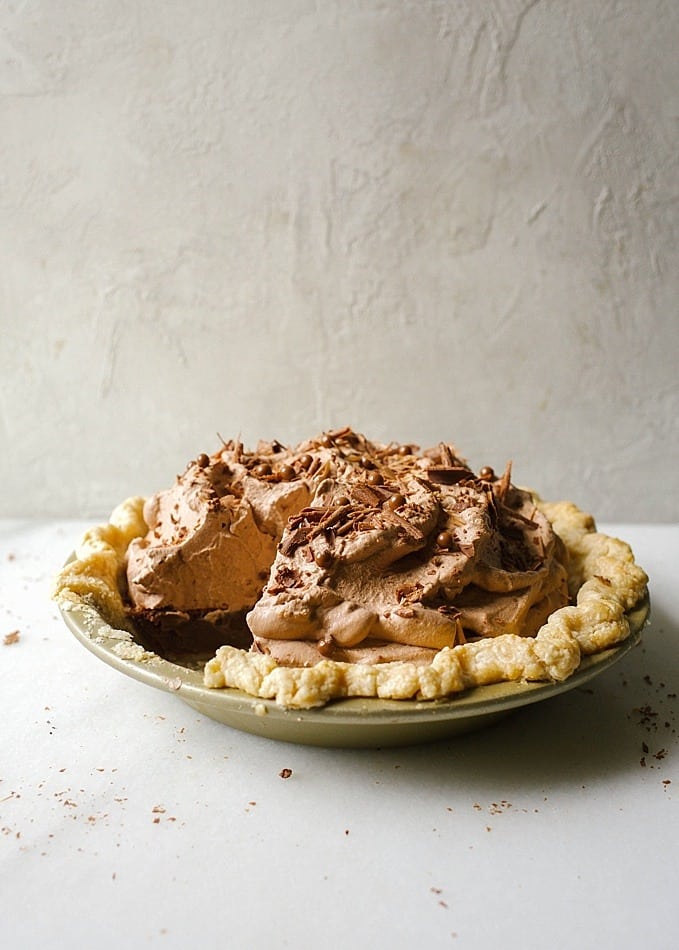 Prepared with a single crust and a custardy filling made primarily of butter, sugar, and eggs, chess pies are rich, dense, and ultra-sweet. Although a number of variations of chess pies exist (Buttermilk! Pecan! Citrus!), anyone who is anyone knows that chocolate is the one to beat. If you disagree, we can’t be friends. Just saying.

A few years ago, I ran across my husband’s grandmother’s box of recipes. They were beautiful, worn with stains and torn edges, and spoke to the culture my husband grew up in. Brett’s Nana was a hard worker and spent a lot of time loving her tribe through the food she prepared- fried pork chops, skillet cornbread, and warm banana pudding. One of my husband’s favorites has always been his Nana’s chocolate chess pie, so finding that recipe was nothing short of a treasure. 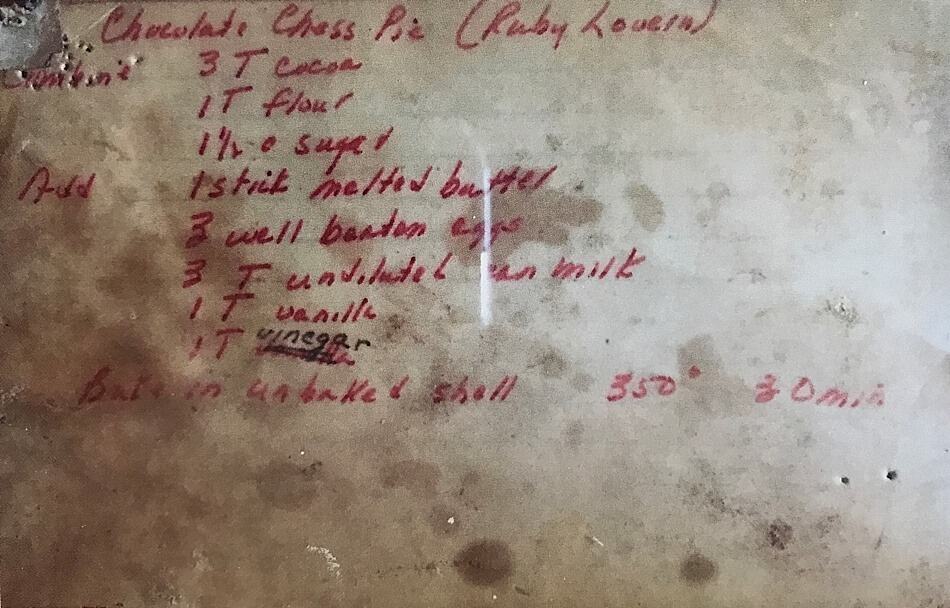 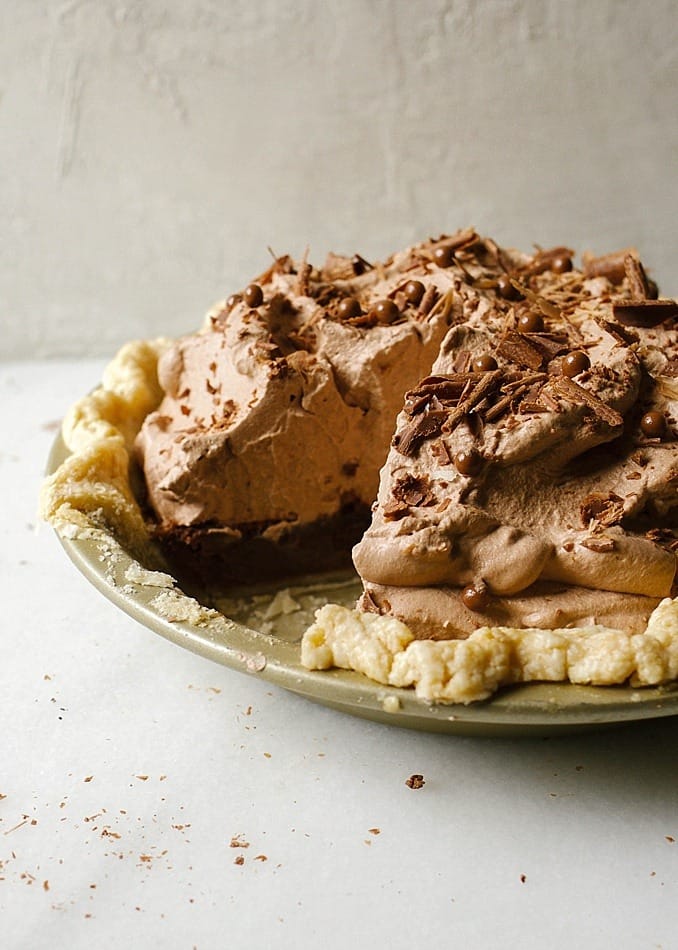 To prepare it, we start with the crust. Sure, you could buy a crust from the freezer section of the store, but GUYS, we are cool and proficient enough to make them ourselves. Check out my favorite recipe here or choose one of your own. A single crust is all that is required for this recipe, so save the other half of your double crust for later. Roll the dough into a shallow 9″ metal pie plate and crimp the edges. Give it a brush of an egg wash for color and gloss, and set it aside in the fridge while you prepare your filling.

Cocoa powder, sugar, salt, and the tiniest bit of flour are whisked together in a large bowl before the liquid ingredients are added. Melted butter, eggs, and evaporated milk are stirred in next, whisked in until the mixture is uniform throughout. Pour the filling into the prepared pie pan and allow it to bake in the oven. 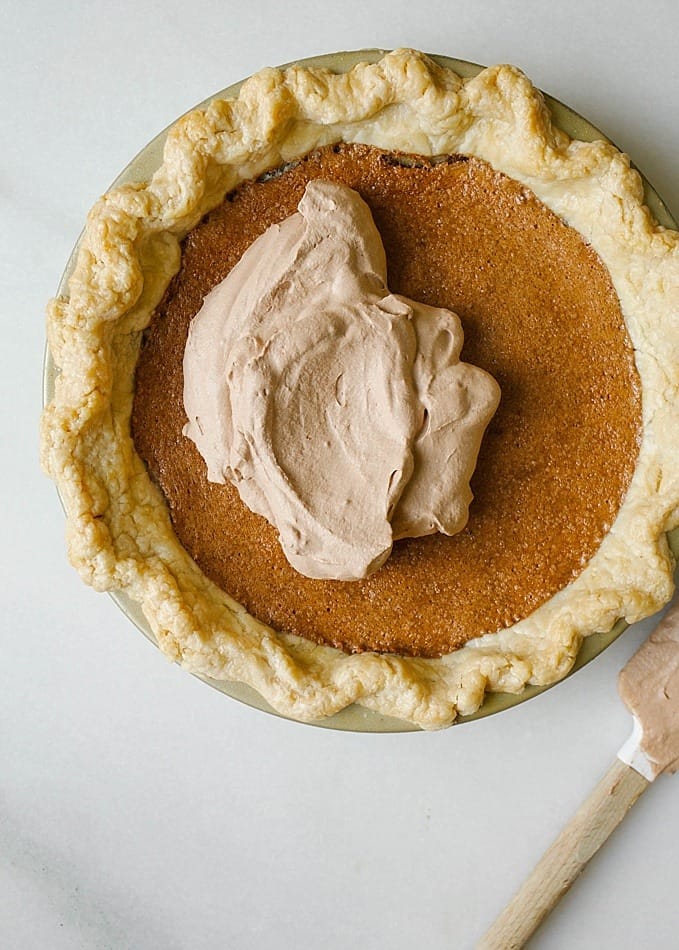 The hardest part of this chocolate chess pie is identifying when it’s done. After about 35 minutes, you should find that the pie has risen slightly and is only barely jiggly in the center half of the pan. The pie will definitely look underdone when you remove it from the oven, but just cross your fingers, say your prayers, and all will be well. 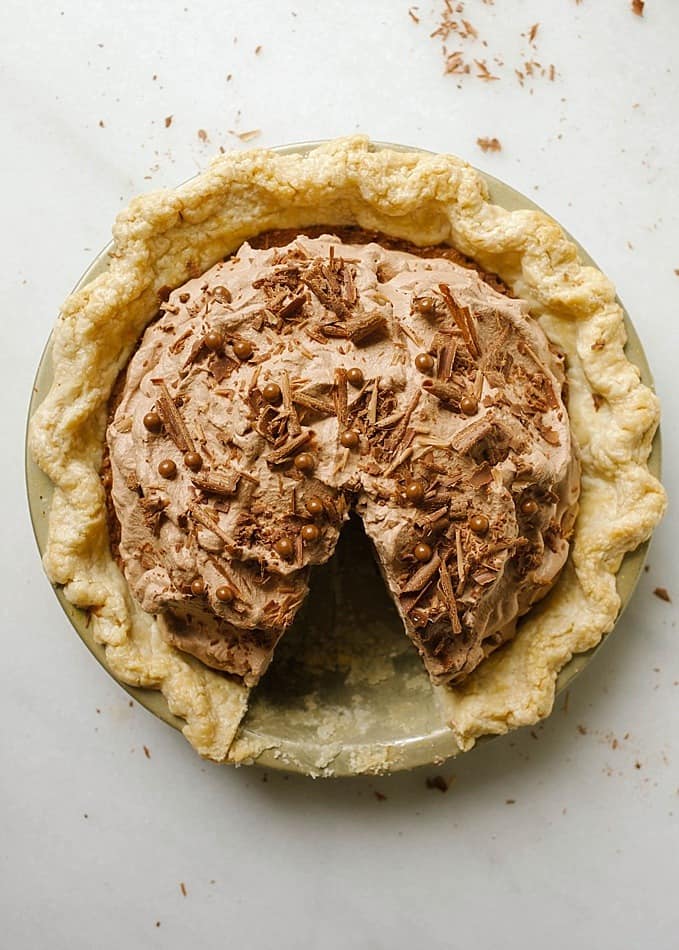 Once the pie has chilled to room temperature, you will have created the most perfect chocolate chess pie! Truly, you could stop there. You could give it a dust of powdered sugar or just throw it on the Thanksgiving table and call it a success. But I know you. Like me, you love to take things too far. So lucky for us (read: everyone who eats this pie), we instead go overboard and add a super fluffy, perfectly sweetened chocolate whipped cream. The billowy clouds of cream and air add another layer of flavor and a whole lot of flair to an otherwise dull-looking pie. Who doesn’t like whipped cream!?! Trust me on this one, okay? 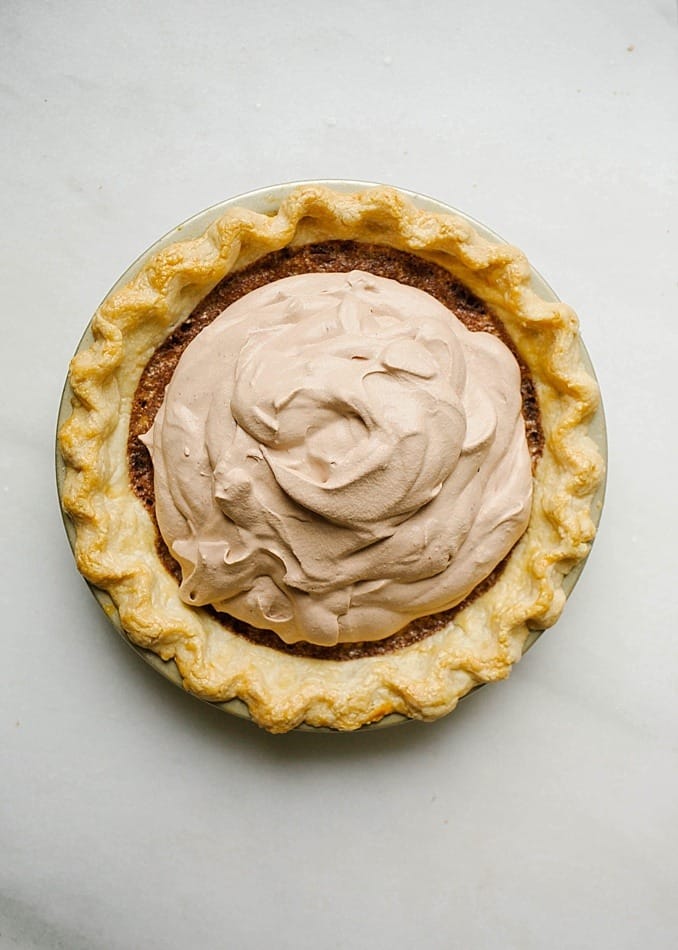 I’m sure you’ve already got a stellar lineup of treats for this Thanksgiving, but I want to encourage you to give this pie a shot. It is excellent and 100% worth the very few minutes it will take to make it. 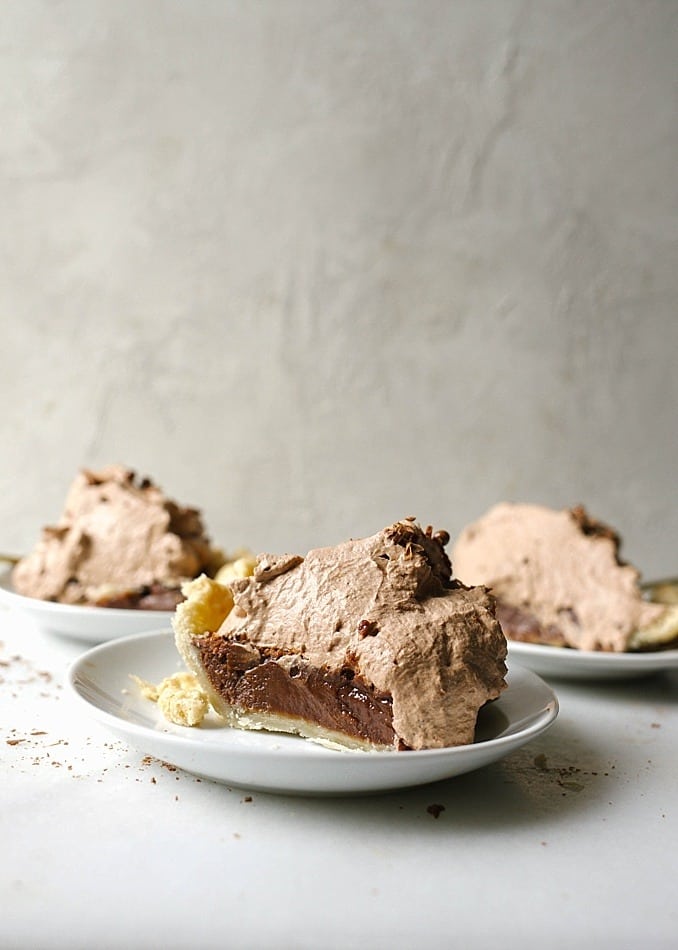 If you like this chocolate chess pie, you should check out:

This chocolate chess pie is a traditional southern favorite, rich and fudgy, with the added oomph of a fluffy chocolate whipped cream.

For the chocolate whipped topping: 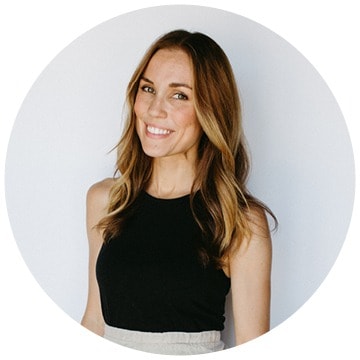